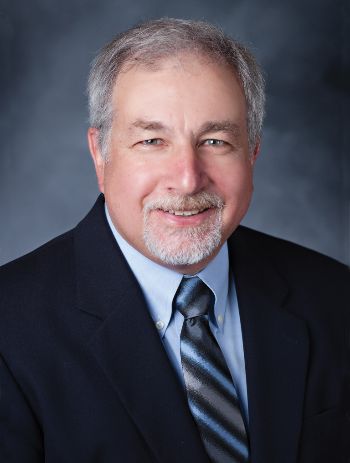 This newsletter is a reflection of what I observed and learned during my first year in the legislature.

Please check the bottom of this newsletter for upcoming District 15 events and the various ways you can contact me.  As always, I look forward to hearing from you!

The 2019 session of the Idaho Legislature has ended and so has ‘Legislator 101’, the introductory class I signed up for when I took the oath of office on December 6, 2018.  Consider this my end-of-session book report, “What I learned during my first legislative session.”

People often ask me, “How does it feel to be in the Legislature?” I usually answer, “I feel like a fish in water.” I welcome and embrace this opportunity to swim in a sea of diverse people, build trusting and respectful relationships (even when we disagree), help write good legislation, and most important – try to lessen the corrosiveness of partisan politics with integrity, principle and collaboration.

I decided after the second week in office that I was not going to write any legislation during my first year. My goal is not to write bills, it is to passbills. That requires bi-partisan support. To achieve that, you first have to learn processes and people. This requires a lot of listening and learning. And although I was told that freshman legislators should sit still and be quiet, I found that it also required me to do a lot more talking than I had planned.

Processes
One of my responsibilities when I worked for the Hewlett Packard Company was process improvement design. If I had designed a decision-making process at HP that emulates how things work in the Idaho legislature, I would have been fired. I understand that the process of politics is different than that in the business world. The legislative process requires extensive collaboration and compromise for every decision among a very large group of people who often desire different outcomes. But both working environments have at least one requirement in common: enough time to do due diligence so you can make an intelligent decision.

There is never enough time to truly understand many of the bills you vote on unless it is a bill that was discussed in one of your committees.  Most representatives sit on only three out of the 15 House committees. This means you often know very little about most of the bills you have to vote on (and you have to vote on them). Although bills are posted on the legislature’s website in varying degrees of advance, there just isn’t enough time to read and research all of them or discuss them in detail with colleagues.

This is why I wound up talking more than I had planned to.  The best opportunity I have to do due diligence is to ask questions in committee when a bill is introduced.  Even then, if the bill is long (some were over 60 pages), it is impossible to fully scrutinize it. All my committee chairmen were very supportive as I asked my questions, but you risk straining relationships with your colleagues if you dominate committee meetings asking too many questions.

When bills from other committees come up for a vote, many legislators often consult with their colleagues who sit on those other committees to get their opinion or recommendation. For major pieces of legislation, these discussions will often take place as a group in your party’s caucus room. But for many bills, you wind up having to call a colleague on the phone just before the vote is taken (each legislator has a phone on their House floor desk). Either way, this requires you to trust the insight and advice of others who know more about the bill than you’ve had time to learn.

Time management improves with experience. But ultimately the real solution is to either provide more time by extending the session, reduce the number of bills that are considered, or both.  I don’t expect either to happen anytime soon.

A bigger problem than the lack of time is the lack of adherence to procedural rules. I knew coming in that the majority party has enough votes to suspend the rules. This is often done to push controversial legislation through at the end of the session - with no time for due consideration or public testimony. The extent to which the majority party abused this power was surprising.  Rules are meaningless if you suspend them at will. And when there are no rules, chaos ensues.  We saw a lot of that this session, with many long-time Capitol observers calling 2019 the worst session in memory.

This is the problem when one party (it doesn’t matter which one) controls more than two-thirds of the seats. In the House, it takes 47 votes to suspend the rules and the Republican Party holds 56 seats. The only solution to this problem is more balanced representation between the two parties.

People
The other area of learning is people.  For me, the objective is to build relationships by listening for what we can agree on instead of arguing about what we disagree on. There are three primary venues for learning about people.

The first is in your committees.  These are people you meet and discuss the same issues with two or three times a week, or more if you are on multiple committees with the same people.  This puts me in continuous contact with 32 of the 70 Representatives.

The second is on the House floor.  The full House meets every day, mostly to vote on bills. The result of every vote is displayed on a large board in the front of the chamber. Over time you start to identify the voting patterns of different representatives. This provides insight into their perspective on various topics. That insight is enhanced when they stand up to debate an issue. You learn how they think and points they might find persuasive. This leads to identifying people you might be able to collaborate with on certain issues across party lines.

The third is social events. These are luncheons and dinners often hosted by lobbyists. While the events are useful and informative, for me the greater value is being able to meet and get to know my Republican colleagues in a more informal, relaxed setting. It breaks down the partisanship a bit and you get to know each other on a more human level. You learn things you may have in common, both politically and personally. I always try to sit with my Republicans colleagues at these events.

And then there are the happy surprises that happen along the way. There is a Republican colleague on one of my committees that I was certain I would never agree with. But then an issue came up where we were in complete agreement. Even if I disagree with someone 98% of the time, I’m going to focus on the 2% where we do agree. It’s a good, productive starting point to build upon.

The Interim
Even though the legislature is in session for only about three months, I am a Representative all year long. The interim period between sessions is when some real work can get done. I plan to use this time to research important issues, consider bills to sponsor, and collaborate with like-minded colleagues on both sides of the aisle. If possible, I would like to visit with some of them in their home districts.  It’s a good way to not only get to know each other better, but also learn about the districts they represent.

And as always, I look forward to hearing from you and do the best I can to help with questions or issues you may want to discuss. That’s what it means to be a public servant and why I am honored to be your Representative.

Several Capitol observers have published end-of-session summaries and articles on topics of interest.  Here are a few of them for your consideration: