This oxymoron is probably the best way to describe the last two weeks of the 2019 legislative session. The final Sine Die adjournment ceremony was the pretty icing on a somewhat ugly cake. Traditionally, House leadership selects two members from the majority party and one from the minority party to deliver its Sine Die message to the Senate. Instead, House leadership selected three freshman Democrats as a slap in the face to Senate Republicans. They would not deign to have a House Republican enter the Senate chamber. 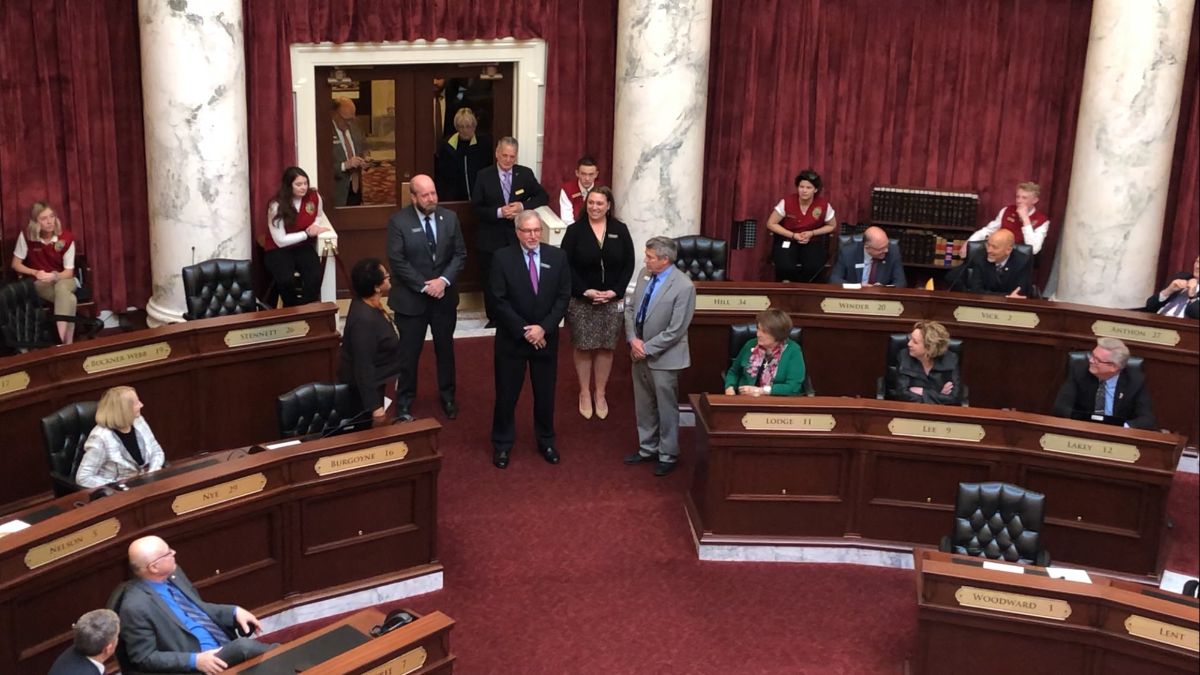 Still, it was an honor being part of the delegation that delivered the Sine Die message to the Senate (see picture above).  And despite the laughter of some House Republicans when our names were first announced, I was proud to participate and execute the ceremony with dignity.

It pains me to summarize the last two weeks of the session in a negative light, but consider what took place:

It’s a shame, because during the session I met and built good relationships with some very talented and forthright people on both sides of the aisle – people I know I can and will work with going forward.  But these last two weeks were pretty ugly.

This update covers only the last two weeks of the session.  The length of this newsletter is testimony to the high volume of activity and intrigue that gets compressed at the end of a session. My next newsletter will reflect upon the entire 2019 session.

Bill update – vetoed by the Governor

Bill update – signed into law by the Governor

Bill update – died in the legislature; did not become law

See you at the door!

Now that the 2019 session is over, I will resume walking District 15 neighborhoods and visiting voters at the door to discuss concerns and priorities for the 2020 session.

In the meantime, please call my Constituent Help Desk at 208-921-3571 if there are any issues I can help with or topics you'd like to discuss.

And although I have met my campaign promise to hold four Town Hall meetings this year, I'd like to host additional events later this year that will feature experts on specific topics (they'll do the talking, not me!).  Please reply to this email to suggest topics that would interest you (e.g. infrastructure, education, tax policy, managed growth, etc.).

Thank you again for your support, interest and the opportunity to serve you!